After a two-month delay, Oakland’s Independent Redistricting Commission adopted its new map at the end of February. It incorporates much feedback from our communities and ensures that representation for our Black, Latine, and API communities is strengthened rather than diluted. The modifications ensure equity for all the flatland residents of Oakland and allow for more funding to flow to our poorest and underserved communities. It also provides better political representation for each district – one that prioritizes and serves the best interests of its constituents. 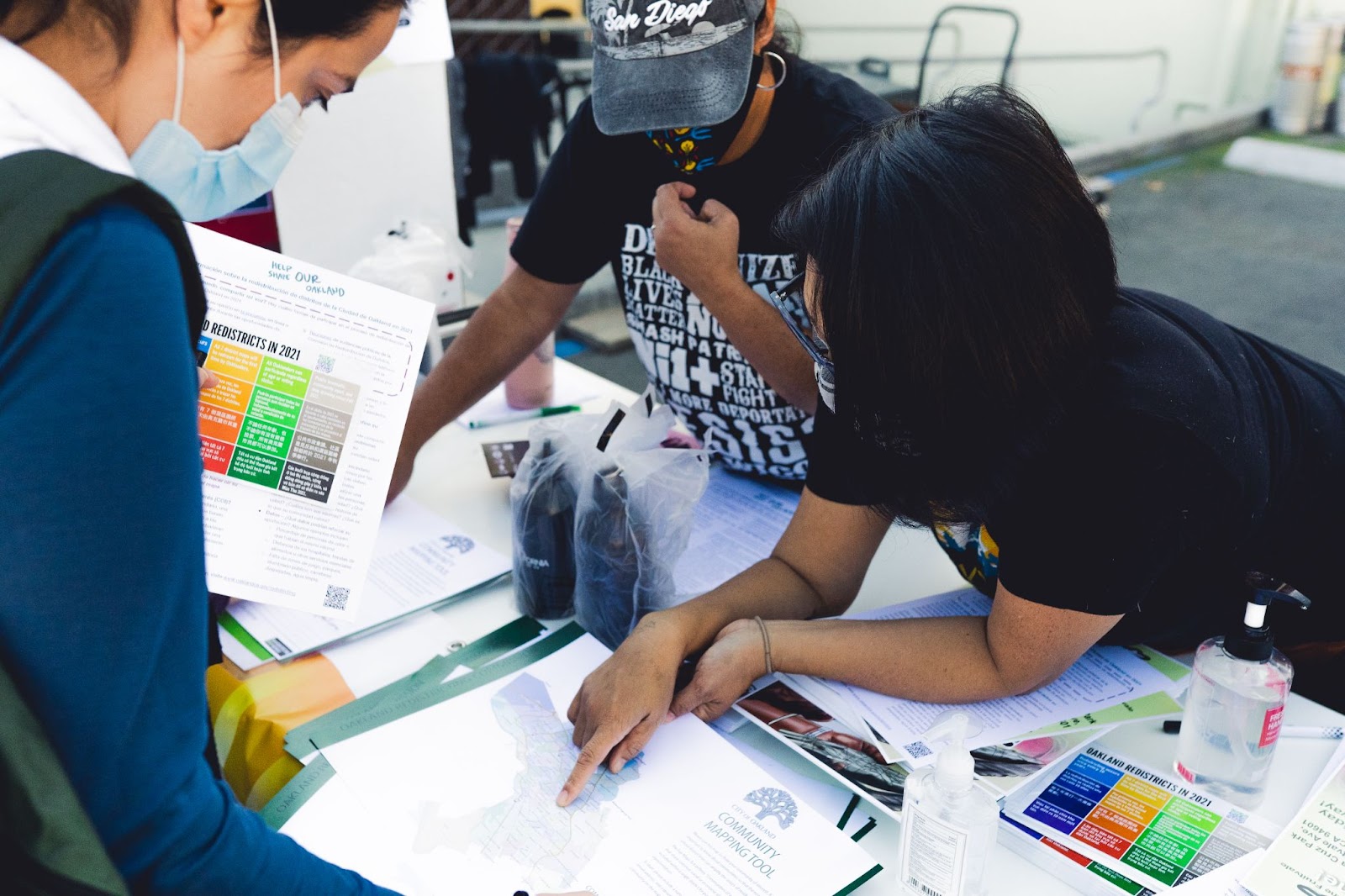 We thank everyone who participated in the process to ensure fair representation of our unhoused, poor, working-class, Black, Indigenous, neighbors of color in the new districts. Our multi-month series of weekly virtual townhalls reached 1,079 people and we had 496 viewers of our Monday Meals conversations about redistricting. As part of our commitment to language and access justice, townhalls included Spanish, Chinese and ASL interpretation. We also held a workshop at a mutual aid event in the Fruitvale District with our partner, the Ella Baker Center for Human Rights, which included one-on-one mapping sessions with community members.

Oakland’s new map moves many residents to new districts, increasing the citizen voter age populations (CVAP) for Black/Latine/API voters across the districts. Changes will impact who is representing us on City Council and the Oakland Unified School District (OUSD) Board. Some of the most pressing shifts that the new district lines bring include:

I covered some of the major changes which have created a huge political stir in a recent Monday Meals discussion with Elena Serrano from Eastside Arts Alliance. Listen to our conversation about the immediate impacts of the new district lines on our current political landscape, and how it could shift electoral power in the flatlands in future elections.